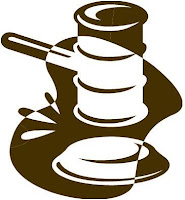 Law is Cool strikes again. This time it is a post by Lawrence Gridin titled It’s Official: E-Laws Printouts Are Good Law. It is obvious that we all are more and more reliant on technology. Some of us can’t even imagine conducting legal research without electronic Lexis or Westlaw. As pointed out in the post, traditionally, legal research has been preferred to be in print and electronic printouts of legal materials, such are cases and legislation, have not been accepted in court.
In Canada this traditional belief undergone a reform, and the general rule has changed. As reported in this post, Ontario has been publishing its laws online since 2001. As of November 30, 2008, the Canadian government has gone even further.

What are your thoughts? Would you like U.S. state and federal governments to take similar steps or not, and why? Share your comments.