The GRU: A History of the Organization Charged With U.S. Election Hacking 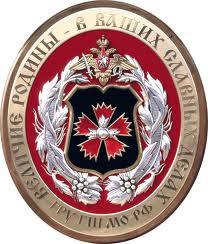 In a recent post to the Cold War & Internal Security (CWIS) Collection blog from J.Y. Joyner Library, East Carolina University, David Durant discusses the Glavnoye Razvedyvatel’noye Upravlenie (GRU), the Main Intelligence Directorate of the Armed Forces General Staff of Soviet/Russian military intelligence. Dubbed “the neighbors” by the more widely-known Russian security services, the KGB and FSB, the GRU began conducting spy operations in the United States soon after the Soviet Union was established. Whittaker Chambers, a former GRU agent who operated in the U.S. in the 1930s, then defected after World War II, famously testified before the House Committee on Un-American Activities in 1948, exposing a number of GRU agents in this country, including Alger Hiss, a senior State Department official, president of the Carnegie Endowment, and “pillar of the New Deal establishment.”

The GRU has now come back into focus as a primary sponsor of Russian cyber-espionage activities, particularly by the notorious hacking organization “Fancy Bear” or APT-28. In December 2016, the Obama Administration sanctioned the GRU  and its head, Lt. General Igor Korobov and three of his deputies,“for tampering, altering, or causing a misappropriation of information with the purpose or effect of interfering with the 2016 U.S. election processes.” On July 13, 2018, the Department of Justice announced indictments against 12 GRU officers ” for committing federal crimes that were intended to interfere with the 2016 U.S. presidential election.” The blog post includes links to the indictments and to the DOJ press release. that announced them.