Additions to the Law in Film Collection 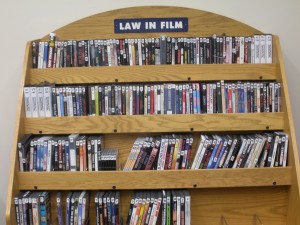 Pace Law Library maintains its own Law in Film Collection. It is located on the third level of the library; titles starting with A-L are located behind the reference desk and titles starting with M-Z are located in the cell phone lounge. Pace Law Library patrons with borrowing privileges may check these movies out for up to 5 days at no charge. Come over and find your pick.