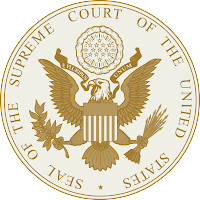 As posted on SCOTUS Blog titled Court limits ‘violent felony’ definition, the Supreme Court ruled on January 13, 2009 that the crime of failure to report to jail or prison to serve a sentence is not the same as an escape, and is not a ‘violent felony’ that can lead to a longer prison term under federal law. In Chambers v. United States, No. 06-11206, 2009 U.S. Dist. Westlaw 63882 (Jan. 13, 2009) Justice Breyer delivered the opinion of the Court, and Justice Alito with whom Justice Thomas joined, concurred in the judgment. More information can be found on the SCOTUS WIKI.