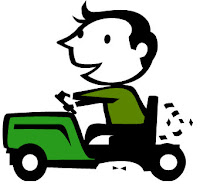 Via Law.com, Greg Bluestein wrote an article, titled Is Lawn Mower a Motor Vehicle? Man’s Felony Theft Sentence Could Ride on the Answer, that discusses a Georgia Supreme Court Case of a man who is appealing his 10-year sentence. Frank Lloyd Harris stole a lawn mower from a local Home Depot and was convicted of felony motor vehicle theft. Harris was a repeat offender, and was therefore sentenced to 10 years in prison.

His attorneys urged the trial judge and later the Georgia Court of Appeals to throw out the charge on grounds that a riding mower is not considered a motor vehicle by state law. But both courts were unconvinced.

Michael McCarthy, a public defender, pressed the case before Georgia’s top court. He told the justices that while Harris should still be charged with theft, he shouldn’t be punished as if he had stolen a car.

A riding lawnmower is many things — an efficient grass cutter, a modern mechanical marvel — but McCarthy said it’s not a motor vehicle under state law.

Lawyers said the case is likely to set a precedent in Georgia. It comes as other courts around the country grapple with similar concerns about whether riding lawnmowers and similar devices should be classified as vehicles.

And what do you think? Should Lawn Mower be considered a motor vehicle? We look forward to your comments.